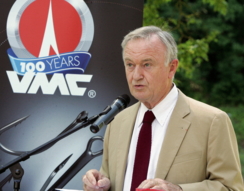 IN PRAISE OF FAMILY.

The story of an industrial family is the story of its hopes, regrets and setbacks, its conflicts and successes. The lifespan of its business is eternity, and time is measured in generations.
"The only reason to remain together is that they will manage to retain this love of the family that Heaven will bless if they are capable of maintaining the Christian traditions that their parents took efforts to inculcate in them as being the sole guide for every action in their lives.
The dear children must recall that the grouping they represent is already the work of several generations and that later on their descendants will also be called upon to continue it, within those limits Divine Providence has granted Man." Laure and Juvénal Viellard, Forges de Morvillars, 4 November 1879.
132 years later on, we know very well that there is no long-term industry whose prosperity is stable if based upon anything other than love for one's neighbour and shared interests. Thus the ability of our family to pass on over more than two hundred years to its children a set of solid, generous moral values is as important for the company's future as the quality or personalities of its directors. From one generation to another, the sense of honour, loyalty and moral values that the parents have bequeathed leads the children to consider nothing other than to do their duty, which is natural, not necessarily easy, but the right thing to do.
Christophe Viellard,
Chairman of the Board. 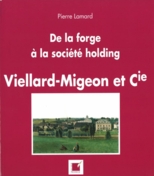