The willingness to undertake and to perpetuate

As descendants of a line of experienced iron-masters, the historic executives of Viellard Migeon & Compagnie have laid the foundations of a form of dynastic capitalism which is both attached to its geographical roots and open to the world.

Viellard Migeon & Compagnie's industrial adventure began in the 17th century at Lepuix-Gy, in the Vosges. It continues today only a few miles away at Grandvillars. Throughout the centuries, and more intensively in the last 30 years, the company has sought to diversify its activities.

A family enterprise at first specialising in forges, metals and wire, Viellard Migeon has evolved into a financial holding open to new domains and professions.

In this way its business of bolt and screw manufacturing, created in 1827, today represents a share of 23% in the Lisi group, European leader in automobile and aeronautic fasteners, present on the Paris stock exchange and with a staff of more than 6000 throughout the world.

Its fishing and leisure division, represented since 1910 by the Morvillars fish-hook factory, today holds 27% of Rapala-VMC, present on the Helsinki stock exchange. 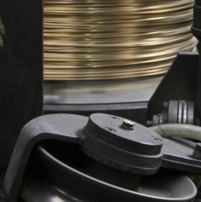 FSH Wire Drawing
Its welding division was created in 1950 and became, in 2000, the FSH Welding Group, subsidiary of Viellard Migeon & Compagnie (95%). Its factory at Grandvillars specialises in the fabrication of welding electrodes and the group employs more than 200.

Viellard Migeon & Compagnie drawns its force, today as always, in its traditional values, guardian of its perennity for more than two centuries. 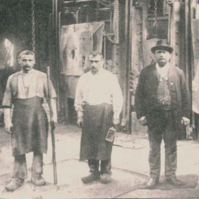 Values based on the loyalty of family shareholders, respect for its staff, the confidence of its partners, and a strong sense of the past combined with a vision of the future.
By augmenting its shares in groups with mondial status, by consolidating its welding subsidiary, and by opening to partners and markets in related fields, Viellard Migeon & Compagnie's leaders are determined to anticipate world trends, thereby perpetuating the vision of their ancestors in the world of industry and finance.
Espace actionnaires 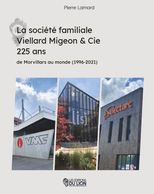 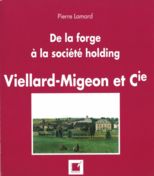